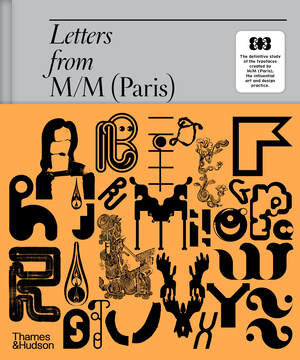 Originally established in 1992 by Michael Amzalag and Mathias Augustyniak as a graphic design studio, M/M (Paris) has since defied categorization, becoming one of the most radical creative practices of today through its influential work across the contemporary cultural sphere.

This complete survey of M/M type design collects its distinctive typefaces developed in studio since its founding, presented chronologically across three sections. The first, “Histories,” describes the commissioning, creation, and development of each typeface; the second, “Specimens,” introduces each typeface and its visual profile; the last, “Projects,” shows the real-world application of each typeface from the wide spectrum of M/M creative works—from high-end fashion magazines to album sleeves and from exhibition catalogs to striking posters and fliers.

Paul McNeil is a graphic designer, writer, and educator with extensive experience in brand communications and visual identity. He was course director of the MA contemporary typographic media at the London College of Communication and is currently teaching typography at the University for the Creative Arts.