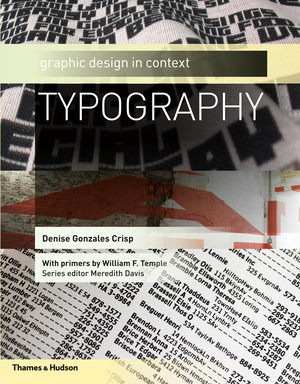 This book moves beyond the traditional rules-based approach by describing typography as a system of interrelated concerns heavily influenced by the contexts of audience, medium, and message. It presents the key visual and intellectual skills necessary to make informed design decisions when using typography for modern contexts and audiences and gives full attention to designing with type in digital media.

Denise Gonzales Crisp is Professor of Graphic Design at North Carolina State University, where she was Chair of the Department of Graphic Design from 2002 to 2006. She was previously Senior Designer for Art Center College of Design in Pasadena, California, and has taught part-time at Art Center College of Design, California Institute of the Arts, and Otis Art Institute.

William F. Temple is an independent scholar based in Honolulu. He was previously Assistant Professor of Graphic Design at North Carolina State University.