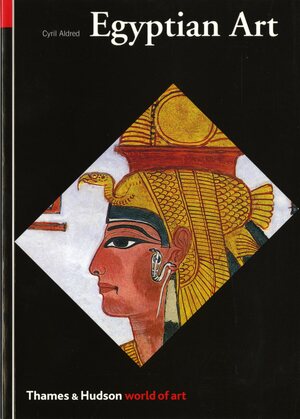 "His eloquent ability to weave facts, insights and interpretations into a compulsively readable account sets his book far above the clogged texts that too often pass for art history."—The Times Educational Supplement

Of the ancient art that has survived from the non-Classical world, that of Egypt makes a unique appeal. In this authoritative and splendidly illustrated guide Cyril Aldred surveys nearly 3000 years of Egyptian art and architecture, concentrating on the fine arts of painting and sculpture.

Cyril Aldred was among the first to graduate in the History of Art at the newly founded Courtauld Institute of Art, London, in 1936, and studied Egyptology as an art historian. From 1961 to 1974 he was Keeper of the Department of Art and Archaeology at the Royal Scottish Museum, Edinburgh, and he also served as Associate Curator fot e Department of Egyptian Art at the Metropolitan Museum of Art, New York. He died in 1991. His many publications include Egypt to the End of the Old Kingdom (1965), Akhenaten and Nefertiti (1973), Jewels of the Pharaohs (2nd edn, 1978), Tutankhamen, Craftsmanship in Gold in the Reign of the King (1979), The Egyptians (rev. edn, 1987), and Akhenaten: King of Egypt (1988).