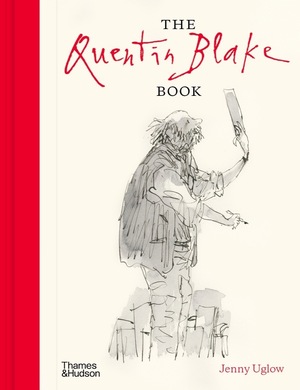 Familiar to both young and old, Quentin Blake’s entertaining and lively artworks are full of characters that have amused and inspired generations of readers. He is best-known for his collaborations on children’s books, including those written by Michael Rosen, John Yeoman, Russell Hoban, and, most famously, Roald Dahl.

An artist for seven decades, Blake’s first drawings were published in Punch when he was just sixteen. He has also illustrated literary classics such as A Christmas Carol, Candide, and Don Quixote, and in the last twenty years, Blake has extended his practice to large-scale works for hospitals, libraries, and public spaces. He has received numerous prizes and awards for his illustration work, including the Whitbread Award, the Kate Greenaway Medal, and the international Bologna Ragazzi Award. In 1999, he was appointed the United Kingdom’s first-ever Children’s Laureate; he has won the Hans Christian Andersen Award for Illustration, the highest international recognition given to creators of children’s books; and he has been awarded a knighthood for “services to illustration.”

A unique celebration of the illustrator’s art to date, this beautiful collection guides the reader through Blake’s extraordinary body of work. Seventy years of the artist’s drawings and illustrations of enormous diversity are represented—including recent unpublished work—alongside text by distinguished writer and illustration specialist Jenny Uglow, with commentary by Blake himself. An insightful overview, profusely illustrated with images specially selected in consultation with the artist, The Quentin Blake Book commemorates his life’s work and showcases the wide- ranging and personal nature of his art.

Jenny Uglow‘s books include prize-winning biographies of Elizabeth Gaskell and William Hogarth. Her book on Thomas Bewick won the National Arts Writers Award, and her work on Charles II was shortlisted for the Samuel Johnson Prize.