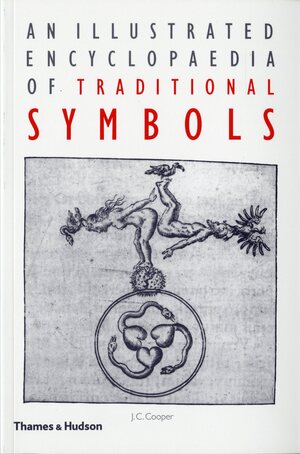 In nearly 1500 entries, many of them strikingly and often surprisingly illustrated, J. C. Cooper has documented the history and evolution of symbols from prehistory to our own day.

With over 200 illustrations and lively, informative and often ironic texts, she discusses and explains an enormous variety of symbols extending from the Arctic to Dahomey, from the Iroquois to Oceana, and coming from systems as diverse as Tao, Christianity, Judaism, Buddhism, Islam, Tantra, the cult of Cybele and the Great Goddess, the Pre-Columbian religions of the Western Hemisphere and the Voodoo cults of Brazil and West Africa.

Jean C. Cooper (1905-1999) was born in China where she spent much of her childhood. Informed by the perspective of the Perennial Philosophy, she wrote and lectured extensively on the subjects of philosophy, comparative religion, and symbolism. He other books include Taoism, the Way of the Mystic, Yin and Yang, Chinese Alchemy, Fairy Tales: Allegories of the Inner Life, Symbolism, the Universal Language, and Symbolic and Mythological Animals.