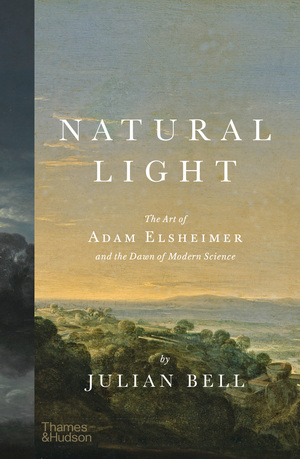 Seventeenth-century Europe swirled with conjectures and debates over what was real and what constituted “nature,” currents that would soon gather force to form modern science.

Natural Light deliberates on the era’s uncertainties, as distilled in the work of long underappreciated artist Adam Elsheimer (1578–1610), a native of Frankfurt who settled in Rome and whose diminutive and mysterious narrative compositions related figures to landscape in new ways, projecting unfamiliar visions of space at a time when Caravaggio was polarizing audiences with his radical altarpieces and early modern scientists were starting to turn to the new “world system” of Galileo. His visual inventions influenced many famous artists—including Rembrandt van Rijn, Claude Lorrain, and Nicolas Poussin.

Julian Bell guides the reader through key Elsheimer artworks, examining the contexts behind them before exploring the new imaginative thoughts that opened up in their wake. He also explores the experiences of Elsheimer and other Northern artists in the literary, artistic, and scientific culture of 1600s Rome.

Although his life was tragically short, Elsheimer’s legacy endured and prints of his work were widely spread throughout Europe, with his influence extending as far as the Indian subcontinent.

Julian Bell is a writer and artist. He currently teaches at the Royal Drawing School, London, and writes about art for journals, including the Times Literary Supplement and London Review of Books. He is the author of several acclaimed books, including What Is Painting? and Mirror of the World: A New History of Art.