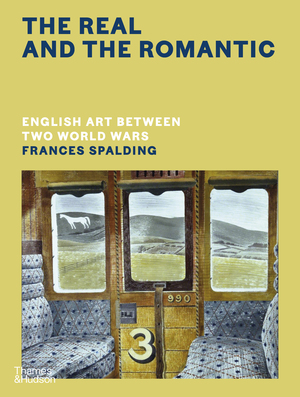 The twenty-first century has seen a surge of interest in English art from the interwar years, and the value of work by artists such as Stanley Spencer and Eric Ravilious has soared in value. New critical attention focuses on other artists, often women, who were previously overlooked, such as Winifred Knights and Evelyn Dunbar, while encouraging a more nuanced understanding of the cultural landscape of the 1920s and ‘30s. With these new perspectives in mind, The Real and the Romantic takes a fresh look at this richly diverse period in English art.

Bookended by the intensity of commemoration that followed World War I and by a darkening of mood brought about by the foreshadowing of World War II, the decades between the wars saw the growing influence of modernism across British art and design. But as modernism reached a peak in the mid-1930s, artists were simultaneously reviving native traditions in modern terms and working with a renewed concern for place, memory, history, and particularity.

In The Real and the Romantic, Frances Spalding’s thematic approach emphasizes the networks of connection between British artists, illuminating the intriguing alliances and shifts in artistic sensibility that fed into the creativity of these years. Throughout the period, an emphasis on the “real” and the authentic remained dominant, even as romantic feeling played an important role in shaping artists’ responses to their subjects. Spalding considers the fluidity of the relationship between these two concepts and uses them as guiding themes in this beautifully produced, illustrated volume.

Frances Spalding is an art historian, critic, and leading authority on twentieth-century British art. Her books include acclaimed biographies of Roger Fry, Vanessa Bell, John Minton, Duncan Grant, Gwen Raverat, and John and Myfanwy Piper, as well as a biography of the poet Stevie Smith. She is an emeritus fellow of Clare Hall, Cambridge; a fellow of the Royal Society of Literature; and an honorary fellow of the Royal College of Art.