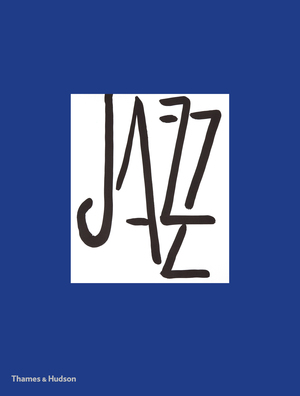 A superior edition of the most admired artists’ books in the history of modern art, with beautiful and accurate recreations of Matisse’s colorful paper cutouts

Henri Matisse’s Jazz is one of the pre-eminent artists’ book in the history of modern art. In 1947, Matisse was in his seventies and suffering poor health, and he preferred the simple, fluid act of cutting forms from painted paper to drawing and painting. He began working on illustrations for a book of poems using this assemblage technique. As his notes, written with a paintbrush in looping letters, became integral, the publisher agreed that they should replace the poems.


This large-scale facsimile edition brims with drama and shows why Jazz is considered Matisse’s most celebrated—and joyous—foray into the combination of color and form. The loose-leaf folded facsimile pages are gathered in a special ribbon-tied, cloth-bound presentation case. Many of these images were inspired by the theater or circus, settings that connect the visual and musical through improvisation—a theme that can be felt running through the compositions of the prints themselves. Such iconic prints as Icare (“Icarus”) and L’avaleur de sabres (“The Sword Swallower”) appear alongside paintbrush-composed notes Matisse wrote for himself as he created the images.

This edition is accompanied by a special book mounted on the reverse of box cover, featuring both a translation of Matisse’s text and two new essays: one examining Jazz’s principal place among other artists’ books; the other surveying the history of artists’ books as a field.

Henri Matisse (1869-1954) was a painter, draughtsman, printmaker, and sculptor who helped to define the revolutionary developments in the visual arts in the opening decades of the twentieth century.

Corrado Mingardi is a scholar of Bodoni.