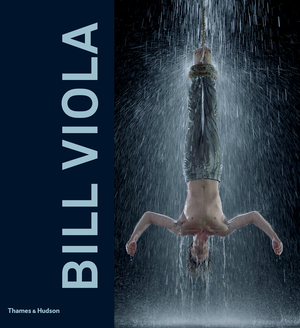 Bill Viola began producing video works in the early 1970s and since then has captivated audiences with his poignant and beautifully wrought interpretations of human experience. Viola has explored the possibilities of electronic, visual, and sound practices throughout his career and is today one of the most celebrated proponents of video art.

This is the first monograph to chart Viola’s career in full, covering his education in New York, his earliest major films, his retrospective at the Whitney Museum in 1997, and his recent installations in Venice, New York, Tokyo, London, and Berlin. Renowned curator and specialist in video art John Hanhardt outlines the key visual, literary, and spiritual influences in Viola’s work and his changing approach to the medium of film as its technology advances. Woven into the discussion are illustrations of Viola’s most significant works, including Information (1973), The Passing (1991), The Greeting (1995), Going Forth by Day (2002), and Martyrs, the 2014 film commissioned for St Paul’s Cathedral in London, as well as reproductions of Viola’s sketches and notebooks that bring his working process to life.

Brings to life the compelling and enigmatic video works of Bill Viola [and] will appeal to students of film and video who have experienced his art firsthand.

Kira Perov is executive director of Bill Viola Studio. She has worked closely with Bill Viola—her husband and partner—since the late 1970s, managing, creatively advising on, and assisting with the production of his videotapes and installations, as well as documenting the process in photographs. She also curates and coordinates exhibitions of his work worldwide, and oversees the publication of all his exhibition catalogues. Her previous books include, as editor and coeditor respectively, the catalogues for “Bill Viola: Visioni Interiori” (Palazzo dell Esposizioni, Rome, 2008) and “Bill Viola” (Grand Palais, Paris, 2014).

John G. Hanhardt is a consulting senior curator of film and media arts at the Smithsonian American Art Museum, Washington, DC. Prior to this, he was curator and head of the film and video department at the Whitney Museum of American Art, New York, for more than twenty years, and senior curator at the Solomon R. Guggenheim Museum, New York, for more than a decade. Among his many exhibition credits are “Andy Warhol’s Video & Television” (1991), “Bill Viola: Going Forth By Day” (2002), and “Nam June Paik: Global Visionary” (2012). He is the editor of the influential anthology Video Culture: A Critical Investigation (1986), and is currently preparing an edition of Nam June Paik’s collected writings and the second volume of the Andy Warhol film catalogue raisonné.