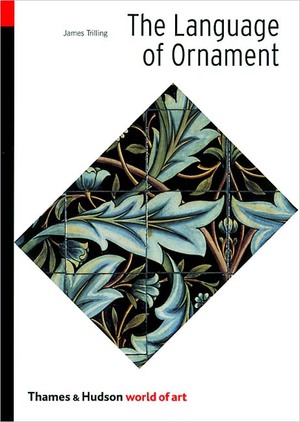 Ornament, the art of decorative patterning, includes some of the most spectacular creations of human imagination and skill. Although the fashion for unadorned form pushed ornament to the margins of Western taste in the twentieth century, an ornamental revival is now under way. This book introduces the global panorama of ornament and will be of value to crafts people, collectors, and students of art history. Trilling’s approach is both visual and historical. With over 200 illustrations, he presents the dazzling variety of ornament so that the reader can appreciate both its inherent form and the role it has played in everything from the monumental architecture of Mycenaean Greece to the inlaid vessels of Zhou Dynasty China, from the bronze mirrors of Early Celtic Britain to the carved and woven ornament of the Indians of Alaska and British Columbia. The characteristics of individual styles are balanced against their evolution and interaction from the Paleolithic Age to the present day. Special attention is paid to patterns that migrate across large stretches of space and time, showing how ornament becomes a record of cultural interaction through trade, conquest, and the spread of religions. Finally, Trilling explores the fate of ornament since the beginning of modernism in the early twentieth century. Modernism actually nurtured a vibrant and original ornamental style of its own, one so different from traditional ornament that its true nature went virtually unrecognized. Ornament in the postmodern era is open to any number of possible innovations, combining the modernist legacy with forms and principles from the world of traditional ornament. 50 color and 175 b/w illustrations.