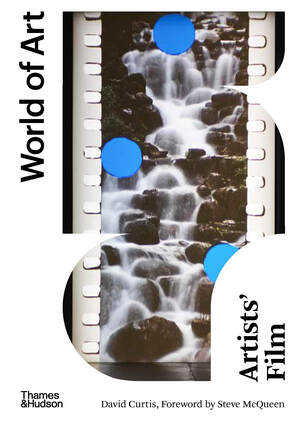 Artists’ Film offers a lucid, accessible account of artists’ unique contribution to the art of the moving image in the twentieth and early twenty-first centuries.

International in scope and accessibly written by a renowned authority on the subject, Artists’ Film is an introductory guide to the exciting and expanding field of artists’ film and an alternative history of the moving image, chronicling artists’ ever-evolving fascination with filmmaking from the early twentieth century to now.

From early pioneers to key artists of today, writer and curator David Curtis offers a vivid account of the many creators who have been inspired by the cinematic medium and who have felt compelled to interpret and respond to it in their own way. In doing so, Curtis discusses these artists’ widely differing achievements, aspirations, theories, and approaches.

Featuring over four hundred international moving-image makers and drawing on examples from across the arts, including experimental film, video, installation, and multimedia, this generously illustrated account offers an incomparable introduction to this continually evolving art form. A perfect read for anyone with an interest in the intersection of contemporary art and film.

Steven McQueen is a British filmmaker and video artist. He is well known for his award-winning film 12 Years a Slave and the Small Axe anthology series.