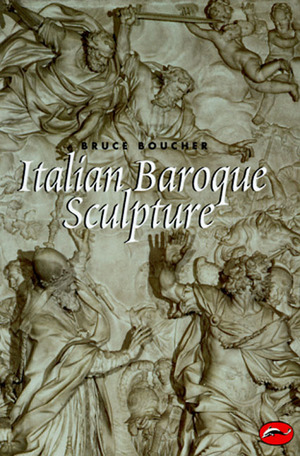 Italian baroque sculpture has enjoyed a controversial reputation, much like that of its chief protagonist, Gian Lorenzo Bernini. It has been damned for creating a sham world, distracting the spectator from its spiritual poverty by dazzling technical displays; it has also been condemned as an aberration in taste between the High Renaissance and neo-classicism. Bruce Boucher’s text and illustrations offer a fresh view of this rich and varied subject, arguing that Italian baroque sculpture addressed serious issues about art and reality. Baroque sculpture was an art of allegory, one whose visual metaphors were as complex and as stimulating as any metaphysical poem. It was addressed as much to the imagination as to the eye and strove to present the irrational world of saints and mystics in a rational manner. Published to coincide with the four hundredth anniversary of the births of Bernini and Algardi, Italian Baroque Sculpture is the first serious reassessment in English of this major period in European art for more than a generation.