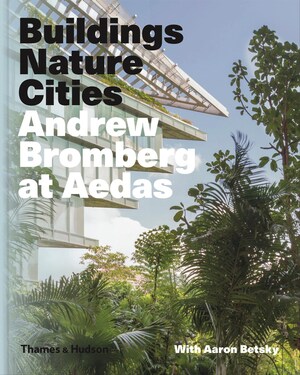 A major monograph of American architect Andrew Bromberg that explores how landscapes, both natural and human, inspire his designs

The work of Andrew Bromberg, creative director of the global architecture and design practice Aedas and a leading light in cutting-edge design of skyscrapers and large-scale developments, has appeared across Asia and the Arab peninsula. Born in the United States but now inhabiting the craggy mixture of natural and human- made rocks that defines Hong Kong, Bromberg considers cities not just as collections of buildings but as human-made landscapes shaped by social and economic forces equivalent to the erosions, accretions, uplifts, and explosions that shape the natural world.

Through a series of chapters that explore the exceptional urban sites of Bromberg’s buildings, architecture critic Aaron Betsky reveals how Bromberg visualizes his settings and relates his designs to the dynamic contexts in which they appear. Bromberg shows through his drawings and photographs what nature has meant, and still means, to him, observations that help readers understand the concept of urban development in relation to its natural origins.

Andrew Bromberg is an American architect. He works in Hong Kong with architectural practice Aedas.