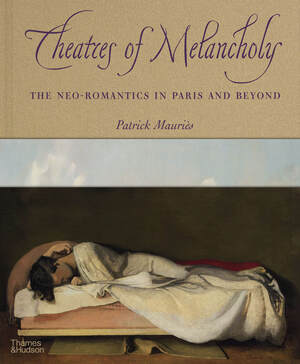 An in-depth illustrated study of the French Neo-Romantics, a cosmopolitan group working in 1920s Paris who turned against modernist abstraction in favor of a new form of figurative painting.

In 1926, the Galerie Druet in Paris made waves presenting a group of young painters, consisting of an international group of artists: Christian Bérard and Thérese Debains, both French; Russians Pavel Tchelitchew and the brothers Eugene and Leonid Berman; and the Dutchman Kristians Tonny. These artists had spurned modernist abstraction and returned to a form of figurative painting. For most of them, this was the first time they had exhibited, but their impact was considerable. Art critic Waldemar- George baptized them the “Neo-Romantics” or the “Neo-Humanists.” They were influenced by Picasso, in particular his Blue and Rose periods, but went beyond him to forge new ways of painting. These artists liked to play with forgotten references and obsolete visual devices such as trompe l’oeil. They also produced work for secondary art forms, including the theater, set design, and ballet.

In some ways, they were the first postmodernists in the history of art, yet only recently has their influence on the artists and thinkers of their time become clear. Though friends, these painters never formed a formal group or movement, and World War II sent them on different paths, with the Berman brothers and Tchelitchew moving to the United States. Before their departure, however, their activities attracted the attention and admiration of a cosmopolitan group of characters, including Gertrude Stein, Alfred Barr, Lincoln Kirstein, George Balanchine, and many others, such as leading fashion figures of the day Christian Dior and Elsa Schiaparelli. And their brooding, often nostalgic work, reproduced here in full color, has found a new and appreciative audience in today’s art scene.