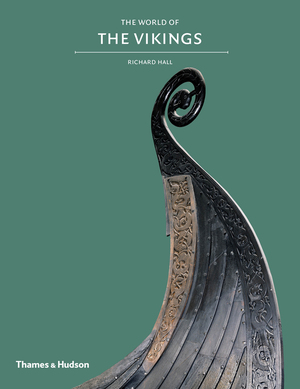 “Gives the nonspecialist
reader a fascinatingly
detailed picture. . . . Without
doubt the most attractively
presented study of the
Vikings currently available.”
—Historian

Here is the complete story of the Vikings from their origins in Scandinavia during the early first millennium AD, through the incredible period of raiding, trading, and settling known as the Viking Age, to the last surviving Viking settlements in fifteenth-century Greenland. Following in the footsteps of Viking merchants, raiders, and emigrants, we track their journeys from the first documented raid on the island monastery of Lindisfarne in 739 to the semi-mythical travels of individuals such as Eirik the Red and the expansive kingdoms of Viking leaders. The book explores Viking life and culture in detail: their appearances, warfare, targets, crafts, and weapons, as well as their stunning pattern-welded swords and helmets. Drawing on the latest discoveries and augmenting textual evidence with archaeological detail, this is a vivid picture of the Vikings at home and abroad in an era that laid many of the foundations of the modern world.

Richard Hall, widely regarded as one of the world’s authorities on the Viking Age, was Director of Archaeology at York Archaeological Trust, England.