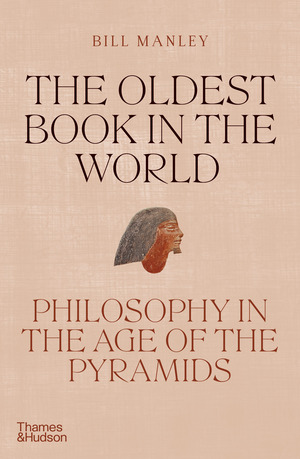 Noted author and Egyptologist Bill Manley renders into approachable modern English for the first time the oldest surviving statement of philosophy from the ancient world: the thirty-seven teachings and twelve conclusions of The Teaching of Ptahhatp, vizier, or chief minister, to the Old Kingdom pharaoh Izezi (2390-2350 BCE). Manley’s expert commentary elucidates Ptahhatp’s profound yet practical philosophy, which covers such topics as ambition, fame, confrontation, sex, and wisdom, and offers a unique window onto ancient Egyptian life and society.

The Teaching of Ptahhatp ought to begin the list of the world’s classics of philosophy, yet it has been largely forgotten since its rediscovery in the nineteenth century. Manley’s new translation corrects this oversight, making accessible for the first time the Old Kingdom vizier Ptahhatp’s concise, helpful insights into the human condition.

New translations of two further texts—The Dialogue Between a Man and His Soul, in which a man asks himself, “What is the point of living?,” and Why Things Happen, the oldest surviving account of creation from anywhere in the world—demonstrate how Ptahhatp’s philosophy was founded in ancient Egyptian beliefs about truth and reality. Manley introduces the vizier and the world within which he operated, as well as the significance of the “oldest book of the world,” preserved in a scroll now known as the Papyrus Prisse in the Bibliotheque Nationale de France. Together these works by Ptahhatp provide a new perspective on the Pyramid Age and overturn traditional stereotypes about the origins of Western philosophy.

Bill Manley has been working with archaeological projects in Egypt for three decades. He taught the ancient Egyptian and Coptic languages for more than thirty years at the Universities of London, Glasgow, and Liverpool, and was senior curator for ancient Egypt at National Museums Scotland. His books include Egyptian Art in the World of Art series and Egyptian Hieroglyphs for Complete Beginners.