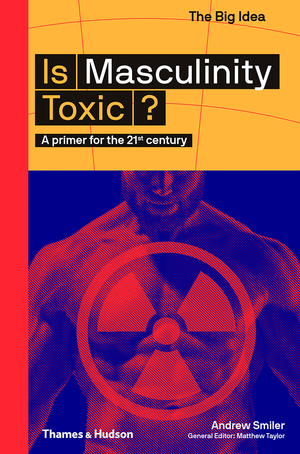 This timely title weighs masculinity’s capacity for good against its potential for destruction in the context of contemporary debates on the topic.

In the wake of the MeToo movement and the upsurge in both feminist and men’s rights activism, traditional masculinity has become the topic of impassioned debate. Is Masculinity Toxic? interrogates the myths surrounding modern manhood, asking whether—and how—we need to change our attitudes toward masculinity in the twenty-first century.

Therapist Andrew Smiler addresses the topic of masculinity in four chapters: “Evolving Understandings of Masculinity,” which examines the history of ideas about masculinity, “Male Power to Harm,” which dissects the societal impacts of “toxic” masculinity, including bullying behavior, rape culture, and early male mortality; “Men and Interpersonal Relationships,” discusses how men are encouraged not to express their feelings, the sexual objectification of women, and male attitudes toward fatherhood; and “Changing Face of Masculinity Today,” which details the ways in which masculinity might adapt to the last century’s sweeping changes in gender roles.

Is Masculinity Toxic? revisits all sides of the debate, recognizing the positive impact of some of today’s models of masculinity while acknowledging the failures and limitations of others.

Dr. Andrew Smiler is a licensed therapist with a master’s in clinical psychology and a PhD in developmental psychology. He is author of the award-winning Dating and Sex: A Guide for the 21st Century Teen Boy and Challenging Casanova: Beyond the Stereotype of the Promiscuous Young Male and coauthor of The Masculine Self.