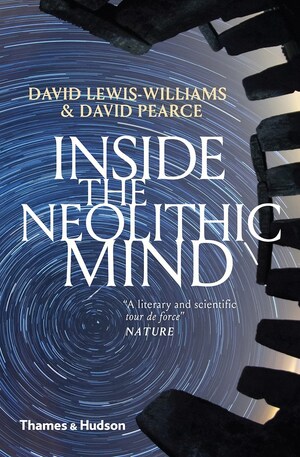 Now in compact paperback, a compelling examination of how brain structure and cultural context interacted in the Neolithic period, 10,000 years ago, to produce unique patterns in belief systems.

What do the headless figures found in the famous paintings at Catalhoyuk in Turkey have in common with the interlinked spirals carved on the monumental tombs at Newgrange and Knowth in Ireland? How can the concepts of “birth,” “death,” and “wild” cast light on the changes in relationships between people and animals? In the new compact paperback version of Inside the Neolithic Mind, David Lewis-Williams and David Pearce examine the intricate web of belief, myth, and society in the Neolithic period, arguably the most significant turning point in human history, when agriculture became a way of life and the fractious society that we know today was born.

The authors focus on two contrasting times and places: the beginnings in the Near East, and Western Europe. They argue that neurological patterns hardwired into the brain help explain the nature of the art, religion, and society that Neolithic people produced. In proposing provocative new theories about religious motivation in ancient times, they create a fascinating neurological bridge to the mysterious thought-lives of the past and reveal the essence of a momentous period in human history.

In proposing provocative new theories about religious motivation in ancient times, Inside the Neolithic Mind creates a fascinating neurological bridge to the mysterious thought-lives of the past and reveal the essence of a momentous period in human history. Exceptionally well written, organized and presented, this new edition of Inside the Neolithic Mind is very highly recommended for community, college, and university library collections.

David Pearce is Associate Professor and Director at the Rock Art Research Institute.