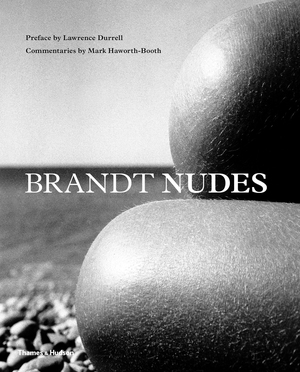 “There are very few artists—in the true sense of the term—who practice photography. A photograph by Bill Brandt proclaims him an artist and a poet of the highest order.” —Ansel Adams

Few photographers have spanned the genres from photojournalism to true artistic endeavor as completely as Bill Brandt. Yet Brandt’s journalism was never strictly reportage; all his work reflected a clear artistic purpose. His qualities as an artist were never better expressed than in his series of nudes, photographed in the studio and on location over a period of thirty-five years. He published that work in two justly famous books: Perspective of Nudes (1961) and Bill Brandt Nudes (1980). Now the oeuvre has been brought together in a single volume in Brandt Nudes: A New Perspective, previously published only in a limited edition.

This book reflects Brandt’s original selection and organization of the images. Each of the sections is introduced with a succinct and revealing essay on the work by Mark Haworth-Booth.

It is Brandt's nude that reminds us of a life spirit that pervades the body itself that makes it more than just a mass of flesh but the vehicle for a spirit that is luminous on the page.

Photography lovers and fans of Brandt's work will find this sumptuous collection with insightful commentaries a must-have.

Filled with gorgeous reproductions …and includes Lawrence Durrell's original preface to the first volume of nudes.

Mark Haworth-Booth is Honorary Research Fellow at the Victoria and Albert Museum and a Senior Fellow of the Royal College of Art.

Lawrence Durrell is best known for The Alexandria Quartet.