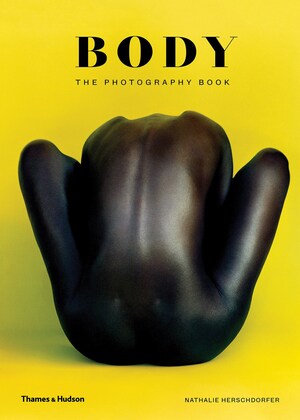 The landmark photographic survey of the human body at a moment when body image and body politics are being redefined.

In a world of selfies and body shaming, Photoshopping and gender fluidity, body image has never been more at the forefront of popular cultural dialogue. Body is a definitive, democratic statement at a time when our fixation with images of the human form is greater than ever before.

Curator and art historian Nathalie Herschdorfer brings together over three hundred and fifty images created predominantly in the twenty-first century that explore our relationship with the body. This watershed publication presents work from major names in art photography, including Bettina Rheims, Lauren Greenfield, Cindy Sherman, Viviane Sassen, and Sally Mann, alongside others whose fashion work has shaped our view of the human form, such as Solve Sundsbo and Daniel Sannwald. Interwoven with these major works are images that explore the numerous other ways in which we have represented the body, and the ways in which imaging of the body has been used, shared, and changed over the last quarter-century.

Capturing the complex and often paradoxical relationship we have with our bodies—from fantasy to reality and curiosity to obsession—Body is a timely homage to, and introspection of, the human form as it sits in our current culture.

Drawing on myriad genres and techniques—portraits, nudes, fashion spreads, medical micrographs—Nathalie Herschdorfer approaches the body as a nebulous and dynamic organism, a site for self-invention, a source of self-loathing, and an arena for personal myth and public scrutiny… the book contains a number of contemporary masterpieces.

Nathalie Herschdorfer is a curator and art historian specializing in the history of photography. She is the director of the Museum of Fine Arts in Le Locle, Switzerland.