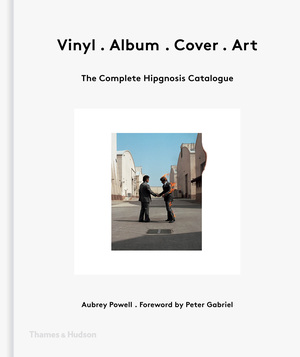 The complete, definitive, and never-before-published catalogue of album covers created by the legendary design agency Hipgnosis, this volume finally does justice to the work of the most important design collective in music history. Founded in 1967 by Storm Thorgerson, Aubrey “Po” Powell, and Peter Christopherson, Hipgnosis gained a legendary status in graphic design, transforming the look of album art forever and winning five Grammy nominations for package design. Their revolutionary cover art departed from the conventional group shots favored by record companies of the day, resulting in groundbreaking, often surreal designs inextricable from the major albums of many of the biggest names in the history of popular music: AC/DC, Black Sabbath, The Police, Genesis, Led Zeppelin, Pink Floyd, Paul McCartney, Syd Barrett, The Who, Wings, Yes, and XTC, to name but a few.

Arranged chronologically, Hipgnosis: The Complete Album Covers features stunning reproductions of every single Hipgnosis cover—more than 300 in total—for the first time, along with pertinent insights from the rock ‘n’ roll legends whose albums are featured and behind-the-scenes photography. The text, written by Powell, and with contributions by Peter Gabriel, Robert Plant, and Nick Mason, brims with information that illuminates the album art and the compelling stories behind each cover’s creation.

Aubrey Powell cofounded the album cover design agency Hipgnosis in 1967. The company was at the vanguard of rock iconography, creating some of the most innovative and surreal record cover art of the 1960s, ‘70s, and ‘80s. Nominated five times for a Grammy Award, Hipgnosis created more than four hundred album covers for many of the biggest rock bands of the era, including Pink Floyd, Led Zeppelin, and Paul McCartney. Powell is currently the creative director for Pink Floyd.