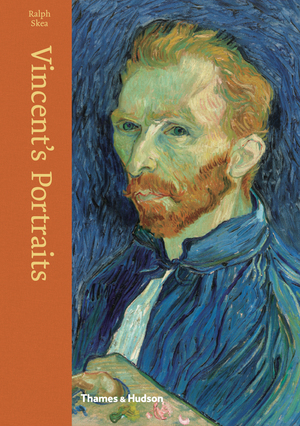 Despite his posthumous fame as a painter of flowers, still lifes, gardens, landscapes, and city scenes, Vincent van Gogh himself believed that his portraits constituted his most important works. Like other post-Impressionists, Van Gogh sought to capture the essential character of his models by means of expressive color and brushwork. Vincent’s Portraits reflects the strong visual impact with which the artist captured the energy of contemporary life.

In this dramatic set of portraits created during Van Gogh’s ten-year career, the reader sees his desire to record a number of themes, from the plight of the agricultural workers in his native Brabant and the destitution of prostitutes and their children in urban Europe to the lives of his cosmopolitan acquaintances in Paris, including café owners and art dealers. It was here that he began his remarkable sequence of self- portraits. With reference to Van Gogh’s extensive correspondence, Ralph Skea, who has written a number of books about Van Gogh, elaborates on how the artist chose his subjects as a writer would, and how he felt that his portraits should somehow evoke what he considered to be the spiritual underpinning of human existence.

Skea, an artist and author of a number of books on the man he prefers to call Vincent, follows van Gogh, as he moves from locale to locale, meticulously recording his experiences and emotions in the extensive correspondence with his brother, Theo… Skea uses several quotes from the vast correspondence to create a human connection of the feelings and thoughts that lay behind the massive output… Written with care and affection.

Ralph Skea was for many years a senior lecturer in European urban conservation at the University of Dundee, Scotland. He is the author of Vincent’s Gardens, Vincent’s Trees, Monet’s Trees, and Vincent’s Portraits.