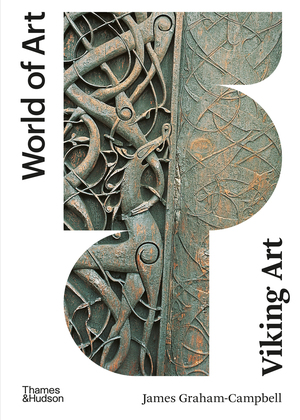 Updated to reflect recent archaeological discoveries and overflowing with color illustrations, this book is the definitive introduction to the art of the Viking Age.

The Viking Age in Europe lasted from the time of the first major Viking expeditions in 800 CE to the widespread adoption of Christianity in Scandinavia some 300 years later. During that time, Viking art and culture spread across continental Europe and into the world beyond. Written by a leading authority on the subject, this book introduces readers to the intricate objects and beautiful art styles that developed during the Viking Age.

Beginning with an introduction to the geographical and historical background of Viking culture, author James Graham-Campbell chronicles the six main styles of Viking art, examining how they emerged and interacted with one another, as well as how the religious shift from paganism to Christianity impacted Viking art and its legacy. More than 200 high-quality illustrations depict everything from delicate metalwork, elaborate wood carvings, ornate weapons, and fine jewelry to grand ships, the Gotland picture stones, and archaeological traces left by the Vikings around the Western world. Now revised and updated with recent archaeological discoveries, Viking Art is a perfect guide—including a timeline and maps—for all those interested in the arts of this vibrant and fascinating culture.

James Graham-Campbell is an emeritus professor of medieval archaeology at University College London and a fellow of the British Academy. His many publications include The Viking World and, as coauthor, The Vikings and Vikings in Scotland: An Archaeological Survey.