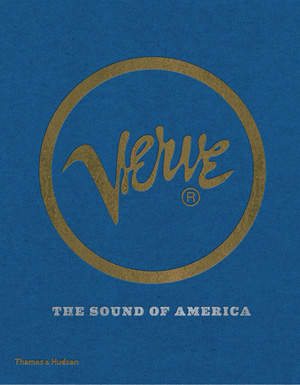 The entire story of jazz—from its earliest days in New Orleans to the 1970s and beyond—told through archival material from Verve, the genre’s most important label

Verve signed practically every major jazz artist of the 1950s and 1960s and is home to some of the greatest music ever recorded. Charlie Parker, Count Basie, Billie Holiday, Dizzy Gillespie, Oscar Peterson, and Ella Fitzgerald all released records through Verve.

This superb new volume presents some of the rarest records and unseen ephemera from the label that helped define the world of jazz. Hundreds of the best examples of iconic seven-inch, ten-inch, and twelve-inch records appear, along with publicity reports, news clippings, ledger books, telegrams, and contracts.

The ultimate music guide, the book includes features on key artists as well as infographics and timelines that reveal the connections between leading artists and Verve. Looking beyond the music scene, the book discusses segregation in America, the missions to take jazz to Europe and the world, the clubs, the places, and the people who made jazz vital. Commentary from the biggest names in jazz today, including some of Verve’s own artists, complements the text.

Richard Havers focuses on key acts like Charlie Parker as well as lesser-knowns.

One of the more engrossing books on the history of jazz record labels…does admirable work in exploring segregation and racial tension and provides brisk profiles of the generations of artists who recorded for the label.

A lovely and solid coffee table book…Would make a great gift for anyone who likes jazz.

Havers documents and illustrates the history of one of our finest record labels.

Will appeal to anyone interested in mainstream jazz and the graphic art that is spawned.

Well worth acquiring for the priceless photos.

[A] glorious volume commemorating one of the premier record companies of jazz from its founding by one of the great impresarios of jazz, Norman Granz.

Gives an in-depth overview and has interesting photographs throughout.

From the label that signed America's jazz legends in the '50s and '60s, a look at the music, its stars and its continuing influence.

A fitting tribute. Beautifully written and illustrated, it …offers a fascinating glimpse into American musical culture.

If someone made an important contribution to jazz, they were probably signed by Verve…How there's a new book by Richard Havers, 'Verve: The Sound of America' …which explores its rich heritage in vivid photographs and illustrations.

A magnificent new release documenting the history of one of America's greatest record labels…Verve: The Sound of America captures the spirit of jazz, a quintessentially American genre of music…for any fan of jazz music who would undoubtedly spend hours on end poring over this voluminous delight.

Record covers are only a portion of VERVE: The Sound of America …but the collection hits all the right notes. It's a fascinating portrait of [founder Norman] Granz, who fought a war against segregation through music, and of Verve artists. The studio and documentary photographs are a draw, but nothing can beat the covers for eye appeal.

Every jazz fan will love having Verve: The Sound of America (Thames & Hudson, 2013), or the newly released Blue Note: Uncompromising Expression (Thames & Hudson/Chronicle Books, 2014)…Celebrating the jazz masterpieces that came wrapped in cellophane, carefully placed in bins, ready to give our lives pleasure and joy, these books are reminders of the greatness of our musical heritage and the wonderful teams of talented people who made our recording industry the best of all time.

Richard Havers is a consultant to Universal Music on jazz and has curated box sets including ?Louis Armstrong: Ambassador of Jazz and Ella Fitzgerald?: The Voice of Jazz. He has written extensively on the topic of 20th-century music and pop culture. His previous books include ?Verve, ?Bill Wyman’s Blues Odyssey, and ?Sinatra.???????