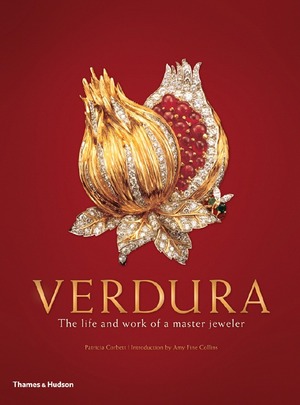 The exquisite creations of Fulco di Verdura (1898–1978) are noted for their glorious exuberance and refined glamour. Verdura left his ancestral home in Palermo in the mid-1920s and moved to Paris where he hoped to be a painter; his true vocation was revealed once he began designing striking jewelry for the discriminating customers of Coco Chanel.

Patricia Corbett documents Verdura’s fascinating career, which took him from Paris to Los Angeles and New York. He was patronized by the rich and famous, who found that his sophisticated and flamboyant neo-Baroque style perfectly complemented their tastes. Marlene Dietrich and Greta Garbo, among others, were devoted admirers, along with many of society’s prominent figures, including the Duchess of Windsor and legendary fashion editor Diana Vreeland.

Corbett was given access to all of Verdura’s archives and interviewed many of his surviving patrons. Wonderful color photography of the jewelry, as well as the archival images of Verdura and the people who wore his pieces, bring the irresistible beauty and genius of Verdura’s designs to life.