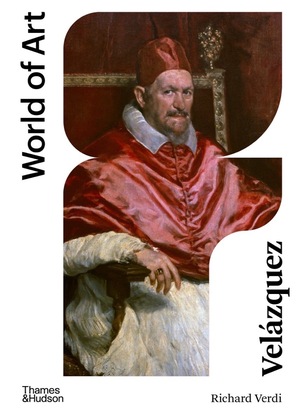 Diego Velázquez (1599-1660) was one of the towering figures of Western painting and Baroque art, a technical master renowned for his focus on realism and startling veracity. Everything he painted was treated as a portrait, from Spanish royalty and Pope Innocent X to a mortar and pestle. In this comprehensive introduction to Velázquez’s life and art by Richard Verdi, the artist’s major works are discussed along with most of his surviving output of approximately 110 paintings. Velázquez’s greatest innovation, his unorthodox and revolutionary technique, is explored in relation to his most-celebrated contemporaries both in Spain and beyond, including Titian and Peter Paul Rubens. Velázquez concludes with a final chapter on the influence and importance of Velázquez’s art on later painters from the time of his death to the art of recent times, including Francisco Goya, Pablo Picasso, Francis Bacon, and the Impressionists.

Richard Verdi is a former professor of fine art and director of the Barber Institute of Fine Arts at the University of Birmingham, United Kingdom. He organized the exhibition “Ceézanne and Poussin: The Classical Vision of Landscape” held at the National Gallery of Scotland in 1990, for which he wrote the catalog and received a National Art Collections Fund Award for an “Outstanding Contribution to the Visual Arts.” His many books include Nicolas Poussin, 1594- 1665; The Parrot in Art: From Durer to Elizabeth Butterworth; and Rembrandt’s Themes: Life into Art. He is also the author of Ceézanne in the World of Art series.