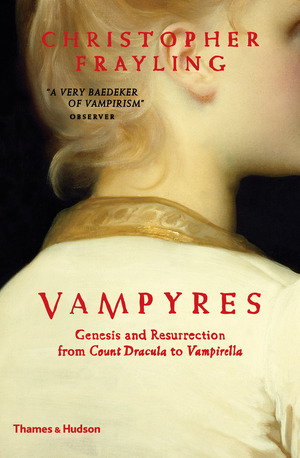 An expanded, fully illustrated, and up-to-date edition of the classic cultural history of vampires

Vampyres is a comprehensive and generously illustrated history and anthology of vampires in literature, from the folklore of eastern Europe to the Romantics and beyond. It incorporates extracts from a huge range of sources—from Bram Stoker’s detailed research notes for Dracula to penny dreadfuls, to Angela Carter’s The Bloody Chamber (new to this edition) which is analyzed by the author in a broader cultural context.

This revised and expanded edition of the 1978 classic brings Vampyres up to date with twenty-first-century vampire literature, including new text extracts, commentary, and a revised introduction. For the first time, Christopher Frayling also explores the development of the vampire in the visual arts in four color-plate sections, with illustrations ranging from eighteenth-century prints to twenty-first-century film stills, demonstrating the enduring appeal of the vampire from popular press to fine art and, finally, to film.