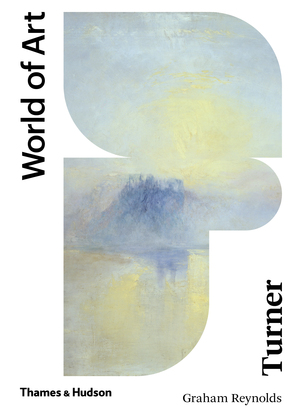 With clear writing, this is the ideal introduction to J. M. W. Turner’s life and work for anyone interested in British painting in its golden age.

Few British artists have ever achieved such a wide range of style in oil painting, watercolor, drawing, and engraving as J. M. W. Turner. This classic book in the World of Art series traces the artist’s career from youthful, picturesque views and watercolors of Gothic ruins, to romantic landscapes and historical compositions, to the darker abstracts of his later career. Though these late works were incomprehensible to his contemporaries, Turner is understood today as one of the greatest British painters because of these pioneering explorations into abstraction, which prefigured the art of the twentieth century. In Turner, Graham Reynolds weaves together the artist’s biography and criticism of his work through all phases of his career, paying particular attention to the importance of foreign travel and the influence of Claude Lorrain and Nicolas Poussin.

First published in 1969, Turner has long served as an outstanding introduction to Turner’s life and art. Now with full-color illustrations and a new introduction by David Brown, this updated and revised edition reflects recent discoveries and interpretations of Turner’s work, and will serve as the best available study of the artist for a new generation of readers.

Graham Reynolds (1914-2013) was a former keeper of the department of prints and drawings and paintings at the Victoria and Albert Museum, London, where he worked from 1937.