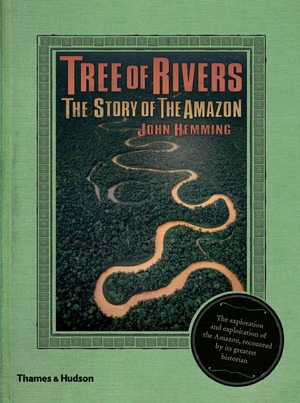 A history of the Amazon, its peoples, and those who have explored the river by an author with unsurpassed knowledge and experience in the region

By far the world's largest river, the Amazon flows through the greatest expanse of tropical rain forest on earth. Human beings settled in Amazonia ten thousand years ago and learned to live well on its bounty. Europeans first saw the Amazon around 1500 and started settling there in the seventeenth century. Always in fear or awe of the jungle, they tried in vain to introduce crops and livestock.

John Hemming's account of the river and its history is full of larger-than-life personalities this unique environment attracted: explorers, missionaries, and naturalists among them. By the nineteenth century, Amazonian natives had almost been destroyed by alien diseases and slavery, as well as violent class rebellion. Although the rubber industry created huge fortunes, it too was at a fearful cost in human misery.

In the last hundred years, the Amazon has seen intrepid explorers, entreprenurial millionaires, and political extremists taking refuge in jungle retreats. Alongside them, natural scientists, anthropologists, and archaeologists have sought to discover the secrets of this mighty habitat.

Today, the world's appetite for timber, beef, and soya is destroying this great tropical forest. Hemming explains why the Amazon is environmentally crucial to survival and brilliantly describes the passionate struggles to exploit and protect it.

Formerly the Director of the Royal Geographical Society in London, John Hemming has traveled in and written extensively about the Amazon region. His previous books include Tree of Rivers.