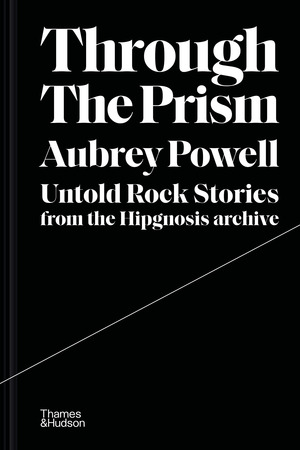 The most intriguing stories of creative endeavor, volatile relationships, excessive lifestyles, and bizarre events from the world of rock, as told by Hipgnosis cofounder, creative designer, photographer, and filmmaker Aubrey Powell.

Founded in 1967 by Aubrey “Po” Powell, Storm Thorgerson, and Peter Christopherson, graphic design firm Hipgnosis gained legendary status by transforming the look of album art through their designs for AC/DC, Black Sabbath, the Police, Genesis, Led Zeppelin, Pink Floyd, Paul McCartney, Syd Barrett, and the Who. In this lively volume, Powell presents brutally honest, entertaining, and revealing insider stories from the world of rock, featuring an eclectic cast of pop stars, comedians, actors, managers, gangsters, and inspirational world gures from 1966 on. His thrilling narrative is packed with anecdotes—from the founding of Hipgnosis to surviving drugs busts—and is richly illustrated with Hipgnosis artwork and Powell’s own photographs.

Drama and creativity are the common threads throughout this unique account. With candor and insightful reflection, Powell reveals how the final color artwork for Led Zeppelin’s Houses of the Holy was created; how the most iconic album cover of all time—Dark Side of the Moon—came about; and how the 2017 Pink Floyd retrospective became the most successful music exhibition ever mounted by the Victoria and Albert Museum, despite the deeply antagonistic and dysfunctional relationship between Roger Waters and David Gilmour. Throughout, Powell exposes how the trappings of fame and glory upset the balance of everyday life, bringing creativity and destruction in equal measure.

Packed with exciting insider stories and anecdotes featuring famous musicians, managers, and actors, Through the Prism is a must-have for music and pop-culture fans.

Powell is to be commended for striking the perfect balance of insider anecdote and personal and professional modesty… It all adds up to an informative and fascinating tale… Anyone who has wondered about the background of these iconic covers, and what it's like working with these musicians, will find much to savor. Highly recommended for fans of classic rock.

Gorgeously designed… Excess runs through most of these stories the way drugs flowed through the veins and lungs of the musicians back then… If you're a Baby Boomer or a Gen X'er, this book will bring you back to another time.

Aubrey “Po” Powell co-founded the design agency Hipgnosis with Storm Thorgerson in 1968, creating over the next 15 years some of the most iconic record covers for artists such as Pink Floyd, Led Zeppelin, Paul McCartney and Genesis. Powell is currently art director for Pink Floyd, responsible for designing and curating the record-breaking exhibition “Pink Floyd: Their Mortal Remains,” which premiered for five months in 2017 at the V&A in London.