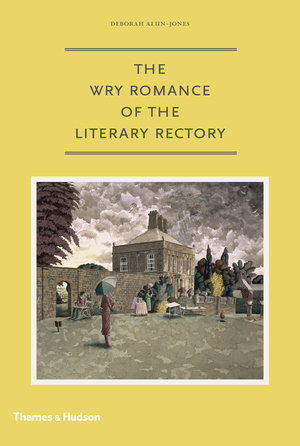 As the sons and daughters of clergy, many of Britain’s most popular writers have grown up in rectories, parsonages, and vicarages—Jane Austen, Alfred Tennyson, Dorothy L. Sayers, and Edmund de Waal among them—while other writers have been drawn to their romance and seclusion. The period that Rupert Brooke spent living out a neo-pagan fantasy in idyllic Grantchester, near Cambridge, greatly influenced his 1912 poem ”The Old Vicarage,“ a work that became a romantic touchstone for an idealized national identity at a time of war. The Old Rectory on the Berkshire Downs was the locus of John Betjeman’s campaign to revive the parochial parish life whose disappearance he deeply regretted.

The rectory has also been home to eccentrics such as Sydney Smith of Foston Rectory in remote North Yorkshire. This wit and essayist was known for his unorthodox sermons and astute contributions to the Edinburgh Review. Compelled to abandon his London life by the enforcement of the Residence Act of 1803, which required priests to live in or near their parishes, Smith bemoaned a posting that was, he wrote, “twelve miles from a lemon.” Nonetheless he threw himself into rural life—and often off his horse, Calamity, in the process.