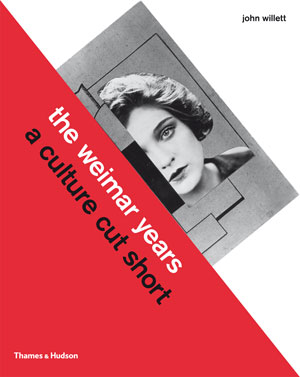 During the Weimar Republic (1919–1933) a distinctive culture evolved from the roots of the Modern Movement. It was a unique effort to bring into common use technical and artistic discoveries of the great prewar pioneers from the Cubists to Le Corbusier, and it brought together some of the most original and significant artists, writers, musicians, architects, photographers, designers, and filmmakers.

The pictures assembled here show how this artistic culture originated in the aftermath of the First World War and the unsettled early years of the Weimar Republic, uneasily balanced between revolutionary pretensions and the desire for order. The montage of images—photographs, paintings, drawings, collages, books, and film stills—evokes the period with shocking vividness.

John Willett (1917–2002) was a noted English author and the translator of Brecht’s poems and songs.