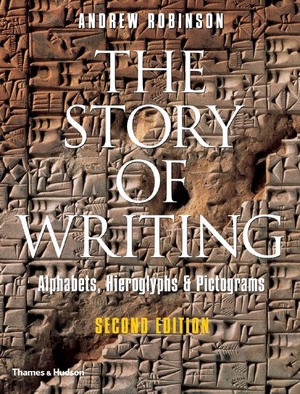 A survey of the world's major scripts, studied through sight, sound and symbol

Andrew Robinson explains the interconnection between sound, symbol, and script in a succinct and absorbing text. He discusses each of the major writing systems in turn, from cuneiform and Egyptian and Mayan hieroglyphs to alphabets and the scripts of China and Japan, as well as topics such as the Cherokee “alphabet” and the writing of runes. Full coverage is given to the history of decipherment, and a provocative chapter devoted to undeciphered scripts challenges the reader: can these codes ever be broken? In this revised edition, the author reveals the latest discoveries to have an impact on our knowledge of the history of writing, including the Tabula Cortonensis showing Etruscan symbols and a third millennium BC seal from Turkmenistan that could solve the mystery of how Chinese writing evolved. He also discusses how the digital revolution has not, despite gloomy predictions, spelled doom for the printed book. In addition, the table of Maya glyphs has been revised so that they are up-to-date with current research.