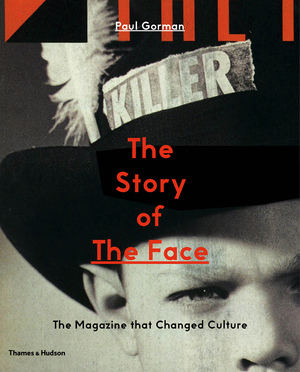 Launched by NME editor and Smash Hits creator Nick Logan in 1980, The Face became an icon of “style culture,” the benchmark for the latest trends in art, design, fashion, photography, film, and music being defined by a thriving youth culture.

The Story of The Face tracks the exciting highs and calamitous lows of the life of the magazine in two parts. Part one focuses on the rise of the magazine in the 1980s, highlighting its striking visual identity—embodied by Neville Brody’s era-defining graphic designs, Nick Knight’s dramatic fashion photography, and the “Buffalo” styling of Ray Petr— and its unflinching approach to journalism. Contributors included a host of writers who subsequently made their impact in the wider world, from Julie Burchill, Robert Elms, Tony Parsons, and James Truman to Jon Savage, Richard Benson, and Sheryl Garratt.

Part two shows how in the 1990s, after surviving a disastrous Jason Donovan libel suit, the magazine heralded the post-acid house era of Britpop and Brit Art. However, after the magazine had become the engine of the booming British magazine industry, the end of this decade also saw the eventual demise of The Face. Including an introduction by Dylan Jones, The Story of The Face is an engaging behind-the-scenes look at the rise and fall of one of the 80s and 90s’ most influential music and style publications.

The Face captured the imaginations of young people for two decades. Gorman recounts the history and influence of the monthly British publication [that] set the standard for its style-conscious readership interested in discovering new looks, music, and trends. Fans of 1980s and 1990s alternative music and fashion will appreciate this retrospective, as will students of journalism and graphic design.

THE STORY OF THE FACE has the size and heft of a coffee-table book, with plenty of striking reproductions of famous covers and spreads. Gorman is a steadfast admirer, and much of the text is given over to meticulous, moment-by-moment accounts of the magazine's inner workings.