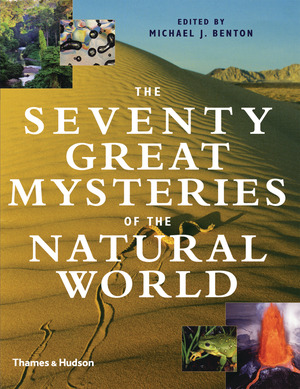 What we know and what we predict about the nature of life and the future of life on Earth.

Every day we read about or experience massive changes in the environment and the natural world. But what do we really know about the functioning of Earth and of life? What do we still have to learn?

Here, over sixty of the world's most eminent scientists--from the United States and the UK to India and Australia, from France and Germany to Italy and the Netherlands--share prvileged insights into their cutting-edge research and findings. The volume's seven sections explore the origins of the planet and of life, the inner and outer workings of the earth, the concept and evidence for evolution, biogeography and environments, plants and animals, animal behavior, and global warming and the future.

The authors address an extraordinary range of questions: Were the dinosaurs warm-blooded or not? Why do mammals rule the earth? Which was the largest volcanic eruption ever? How did the eye evolve? Why did our ancestors have eight toes? Has there always been ice at the poles? Are humans the only animals with consciousness? Is the largest living thing a whale, a giant redwood, or a fungus? What will happen to climates in the future?

Michael J. Benton is Professor of Vertebrate Palaeontology and was the Head of the Department of Earth Sciences at the University of Bristol. He has published more than forty books, including When Life Nearly Died.