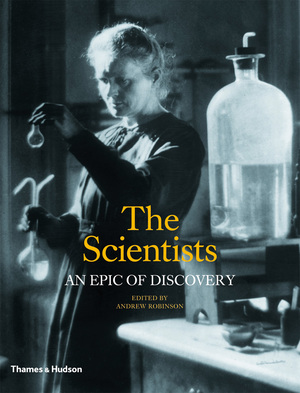 An intriguing and illuminating read for science buffs, those fascinated by the lives and minds of great men and women, and anyone curious about how we came to understand the physical world

The ideas, experiments, and inventions of great scientists have revolutionized our understanding of the world around us. Theories, discoveries, and technologies—from relativity, the genetic code, and the periodic table to synthetic drugs, nuclear weapons, and brain scans—have transformed the physical world and our lives. Copernicus, Crick, Watson, Galileo, Marie Curie: these are some of the forty pioneers behind modern science whose stories are explored here. The scientists come from around the globe and represent multiple nationalities—American, English, German, French, Dutch, Czech, Indian, Japanese, and more. Often unorthodox thinkers, they frequently had to struggle against hostile contemporaries to gain recognition for their ideas and discoveries. All the major scientific disciplines are covered, including astronomy, biology, biochemistry, chemistry, computing, ecology, geology, medicine, neurology, physics, and psychology, as well as mathematics.

The human face of scientific breakthroughs from the sixteenth to the twentieth centuries is spotlit in this sumptuously illustrated volume. Science writer Andrew Robinson, editing contributions from a stellar team of authors, groups 43 greats into six broad areas: Universe, Earth, Molecules and Matter, Inside the Atom, Life, and Body and Mind. From Alan Turing and Marie Curie to William Harvey and Chandrasekhar Venkata Raman, this is a sampler of the driven, complex, fascinating characters who fomented scientific revolutions.

Short biographies of scientists through the ages, from Copernicus to Watson and Crick, illustrate where new ideas and discoveries come from.

An amazing book, magnificently covering the grand sweep of scientific endeavor. With each discovery, our vision shifts; the world seems renewed.