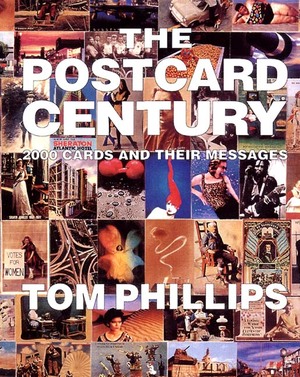 The Postcard Century tells the story of the last hundred years in the 1900s' own words and images. Two thousand picture postcards and their messages give a vivid account of the day-to-day life of people and of what mattered to them, pleased them, shocked or amused them via the cards they chose to send. Year by year, the high and mighty, the low and worthy, and everyone in between talk of the characters, events, and hot spots of the century. Jokes from seaside, the disasters of war, the hazards of travel, the caprices of life in work and leisure--all are pictured and discussed. Each year begins with postcard views of the New York City skyline and of Piccadilly Circus. Though centered on the USA and England, cards come from every corner of the world, from Los Angeles to Beijing, from Antarctica to Alaska. Several themes emerge, notably those that evolved with the century: transportation (aviation takes us from the Wright brothers to NASA), the movies, fashion, vacations, and the role of women. Changes in the English language as used informally by Americans and Britons are powerfully registered. 2000 color illustrations.

The English painter, writer, and composer Tom Phillips curated the groundbreaking exhibition “Africa: The Art of the Continent” at the Royal Academy in 1992. He is himself a collector of African art, specializing in the arts of Ghana and the Ivory Coast. His other books include The Postcard Century.