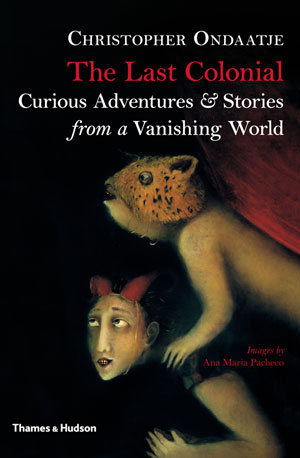 Christopher Ondaatje is a true child of the British Empire. Born in Ceylon in 1933 and brought up on a tea plantation, he was sent as a teenager to boarding school in England. But soon after Ceylon was granted its independence in 1948, his family found themselves destitute, and the young Ondaatje left school and got a job. In 1956 he made his way to Canada with just thirteen dollars in his pocket. From this improbable beginning there followed a series of commercial triumphs until 1988 when he abruptly abandoned high finance at the peak of his career and reinvented himself as an explorer and author, focusing mainly on the colonial period.

It is the curious encounters behind these often precarious adventures that make up The Last Colonial. The stories tell of Ondaatje’s childhood days in Ceylon, his early life in Canada, his fascination with inexplicable events and local superstitions, and his sometimes perilous travels researching biographies of Ernest Hemingway in Africa, Leonard Woolf in Ceylon, and Sir Richard Burton in India and Africa.

Complemented by the artist Ana Maria Pacheco’s magical, sometimes disturbing illustrations, the stories conjure up a truly unique portrait of a world that is vanishing forever.

Christopher Ondaatje now lives in England. His books include Hemingway in Africa, The Man-Eater of Punanai, and The Last Colonial.

Michael Holroyd has written celebrated biographies of Hugh Kingsmill, Augustus John, and Bernard Shaw, as well as the acclaimed Basil Street Blues and Mosaic. He lives in London with his wife.