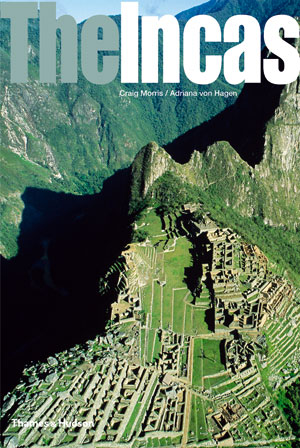 "I know of no other book in English that provides such a good region-by-region description of the Inca empire."—Bill Sillar, Institute of Archaeology, University College London

In less than a century the Incas rose from obscure origins to build one of the largest empires of the ancient world. At its zenith Tawantinsuyu—“The Fourfold Domain”—extended northward from the Inca capital Cusco along the spine of the Andes to embrace most of modern Peru and Ecuador, and southward into Bolivia, Chile, and Argentina. The sheer scale of the empire, coupled with the challenges of the varied and rugged landscape, makes the Inca achievement truly remarkable.

This new survey provides the most up-to-date and authoritative account available of the Incas: their politics, economics, religion, architecture, art, and technology. The authors look in detail at the capital Cusco and at the four parts of the empire, exploring not just famous sites such as Machu Picchu but all the major regional settlements. The book concludes with the end of the empire: the arrival of the Spaniards, the assassination of the Inca ruler Atawallpa, and the final years of the rebellious, neo-Inca state in the tropical forests of Vilcabamba.

The illustrations range from finely fitted stonework to superbly engineered mountain terraces, from stunning textiles to brilliant metalwork in gold, silver, and bronze.

…a strong pick for any intrigued with ancient cultures and their civilizations.

— The Midwest Review of Books

The book will appeal to general readers and students of the Inca alike, for it conveniently summarizes some of the latest interpretations on Inca religion, statecraft, quipus (knotted string recording devices), city planning, material culture, and administration. Highly Recommended.

The late Craig Morris is renowned for his excavation of Huánuco Pampa, the largest surviving Inca ruin. He was Curator of Anthropology of the American Museum of Natural History, New York.

Adriana von Hagen is co-director of the Leymebamba Museum in Chachapoyas, Peru, and an expert on Peruvian archaeology.