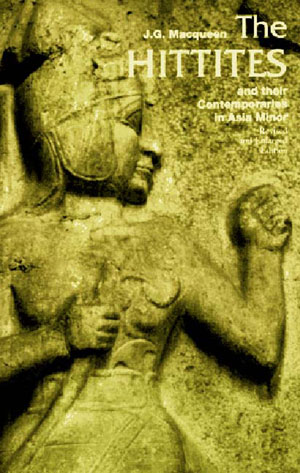 Appearing here in an updated paperback edition for the first time, J. G. Macqueen's study of the Hittites was hailed by reviewers in its original publication as "stimulating" and "outstanding."

The Hittites were an Indo-European speaking people who established a kingdom in Anatolia (modern Turkey) almost 4,000 years ago. They rose to become one of the greatest powers of the Ancient Middle Eastern world by conquering Babylon and challenging the power of the Egyptian Pharaoh Rameses II at the battle of Quadesh. They themselves were destroyed in the wake of movements of the enigmatic Sea peoples around 1180 BC. This study investigates the origins of the Hittites, the sources of the metals that were so vital to their success and their relationship with contemporaries in the Aegean world, the Trojans and the Mycenaean Greeks. It includes descriptions of excavations, particularly at the temples and great defensive ramparts of the Hittite capital at Hattusas.

J. G. Macqueen is a former Scholar of the British Institute of Archaeology at Ankara, Turkey, and was until 1992 Reader in Classics and Ancient Middle Eastern Studies at Bristol University. He has excavated and done field survey-work in Turkey, and is the author of numerous articles in learned journals, as well as the books Babylon and The Hittites.