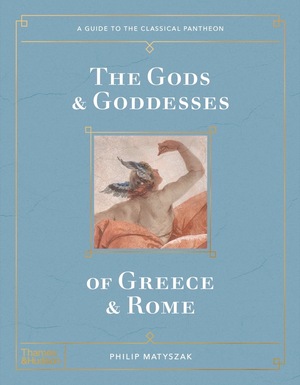 Who were the gods and goddesses of ancient Greece and Rome? What did they mean to the people who worshipped them? Although their time of widespread worship is long gone, the Greek and Roman gods have fascinated and inspired writers and artists for millennia. From Aphrodite to Apollo, Poseidon to Zeus, these are some of the most recognizable characters in Western culture, yet there is rich, unknown lore behind these famous figures who regularly feature in art and writing.

The Greek and Roman gods are enthralling characters in the enduringly powerful Iliad, Odyssey, and Metamorphoses, as well as in modern retellings like Circe and the Percy Jackson series. They are immortal and powerful, yet also vain, vindictive, and vulnerable. Moreover, as manifestations of death, fertility, love, and war, the gods are also our key to understanding how the Greeks and Romans saw their world. Philip Matyszak presents this pantheon in all their complexity, guiding us from Mount Olympus to the depths of Hades. Each chapter focuses on an individual god or goddess, beginning with their “biography” as understood by the Greeks and Romans and exploring the origins of the legends. Matyszak mixes history with vivid retellings of the myths in which the gods have a starring role, from stories of cosmic creation and universal war to disastrous weddings and freak discus accidents. This sumptuously illustrated guide to the gods of Greece and Rome is a must-have for anyone interested in mythology and classical civilization.