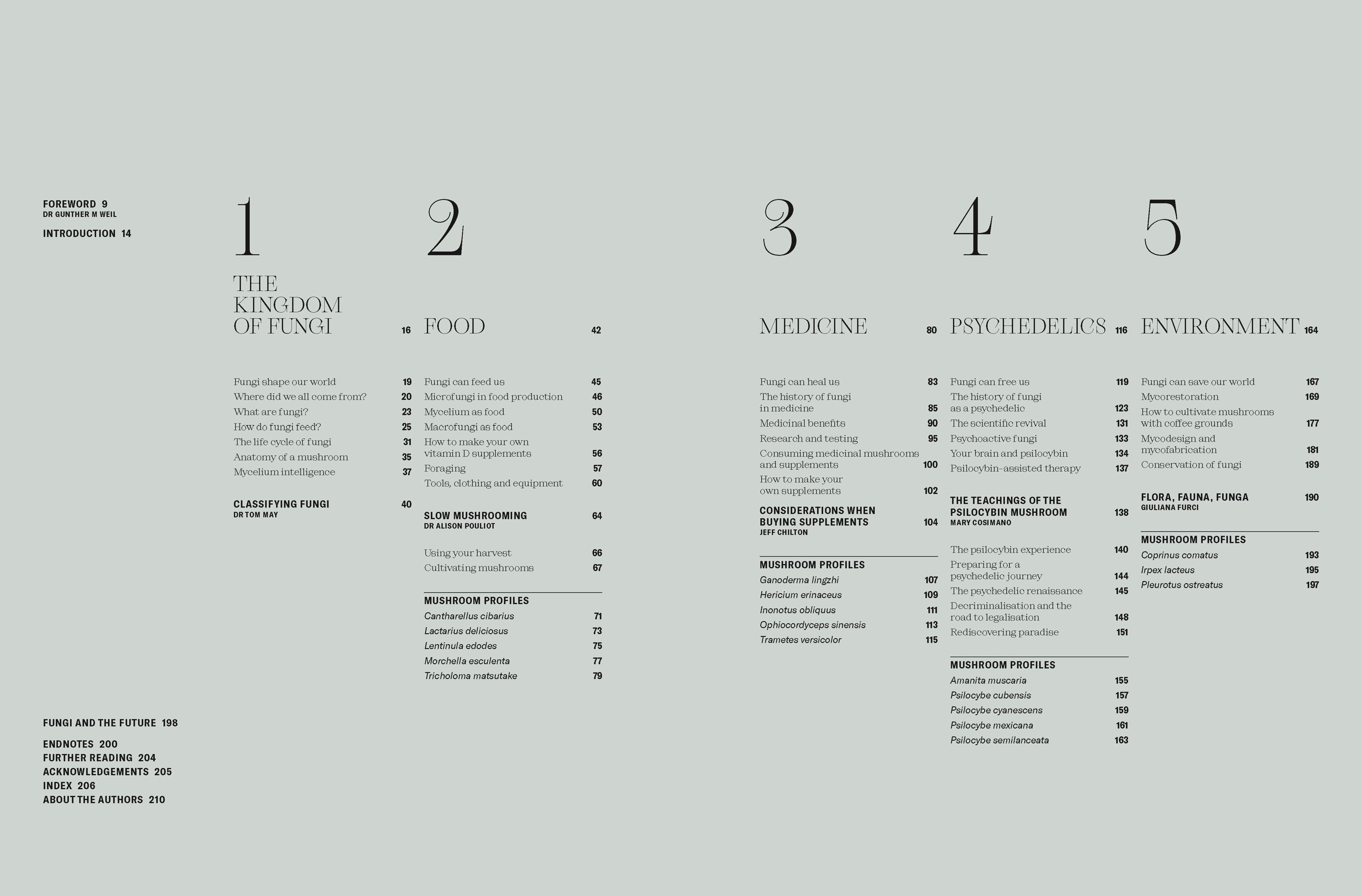 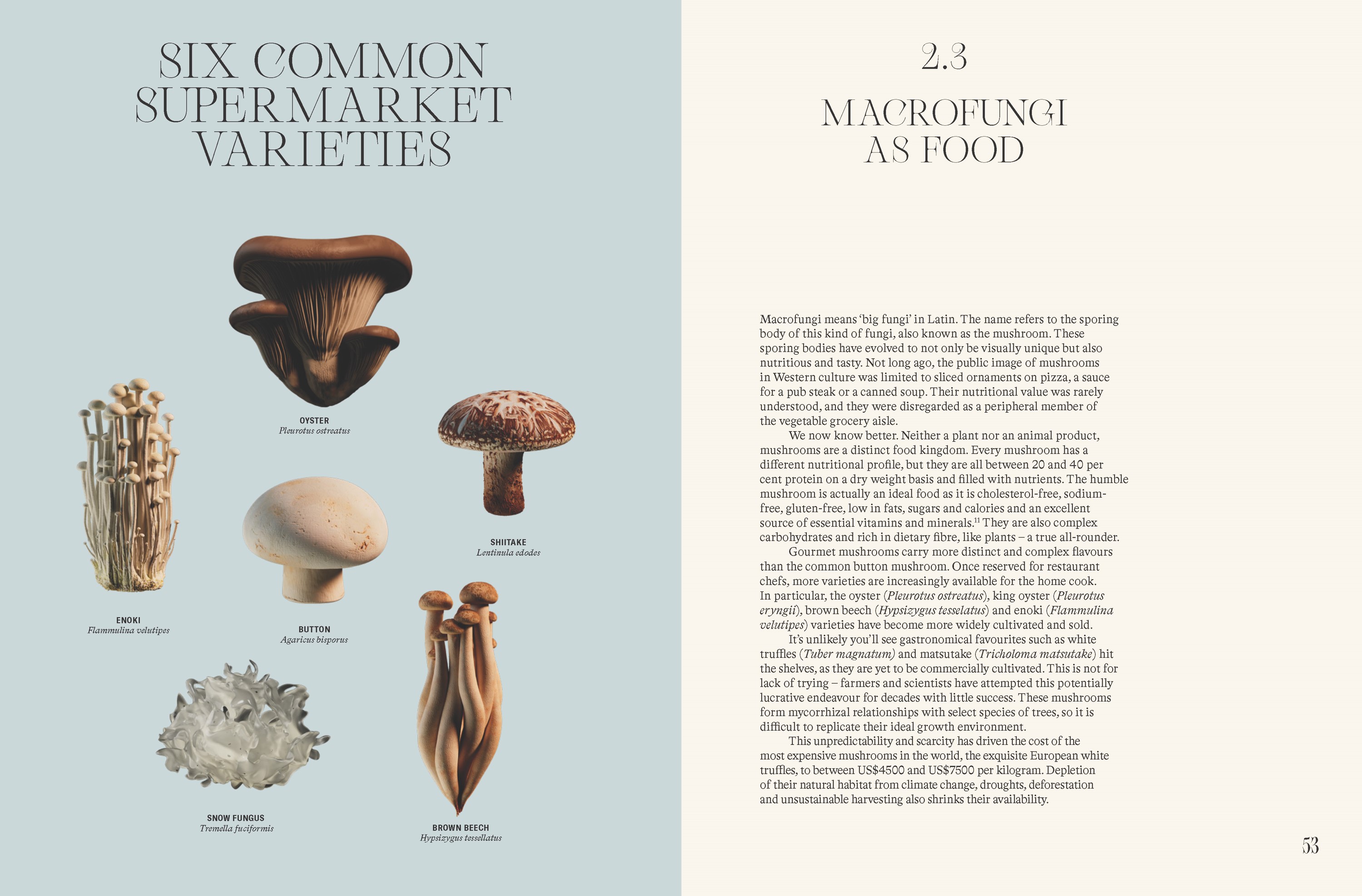 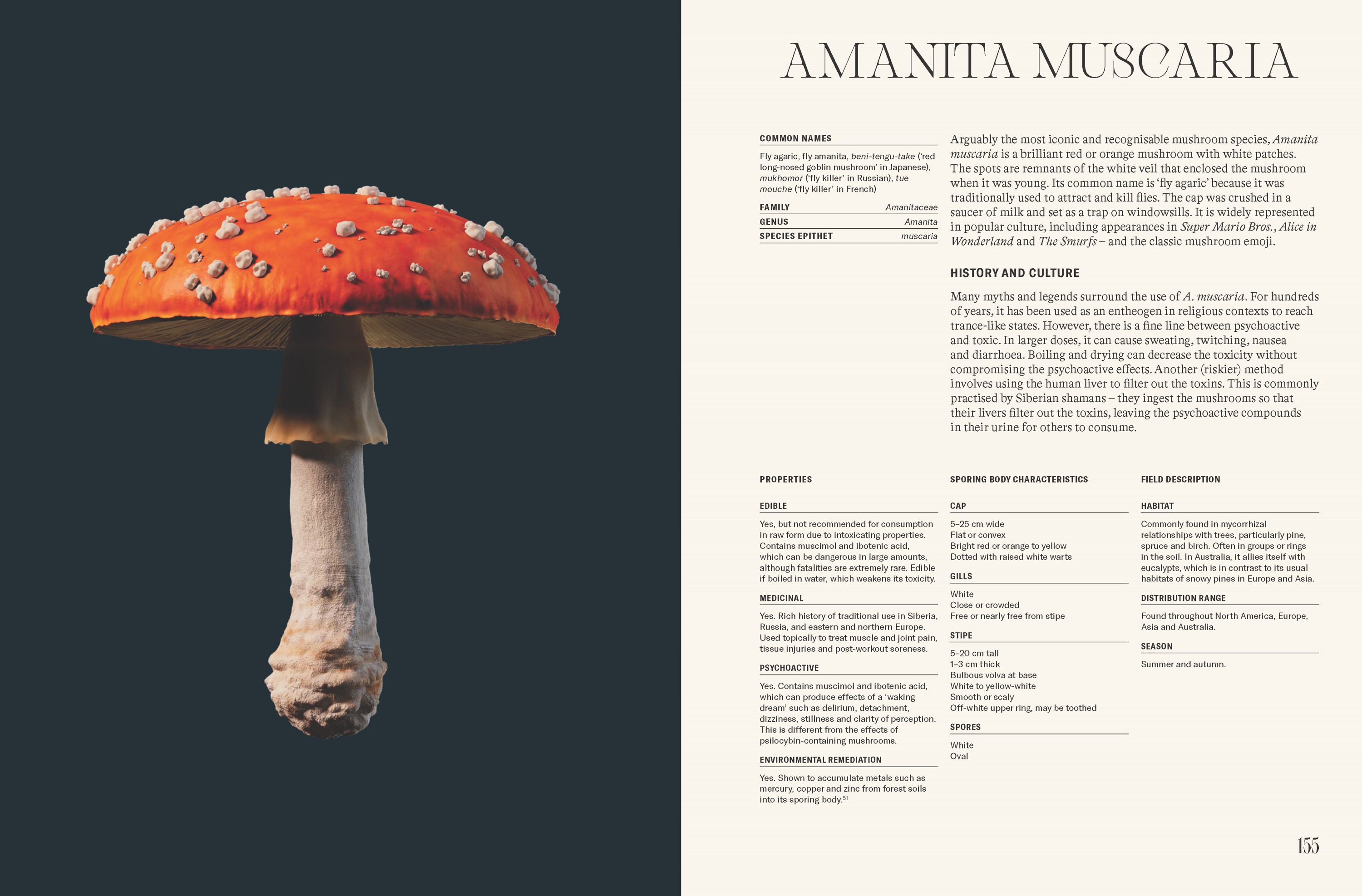 The kingdom of fungi has survived all five major extinction events. They sustain critical ecosystems, recycling nutrients and connecting plants across vast areas, and help to produce many staples of modern life, such as wine, chocolate, bread, detergent, and penicillin. Today, in the face of urgent ecological, societal, and spiritual crises, fungi are being engineered to grow meat alternatives, create new sources of medicine, produce sustainable biomaterials, and even expand our collective consciousness.

The Future Is Fungi is a complete introduction to this hidden kingdom. Exploring their past, present, and potential future impact in four key areas—food, medicine, psychedelics and mental health, and environmental remediation—this resource reveals how fungi have formed the foundations of modern life.

Featuring eighteen mushroom profiles, authors Michael Lim and Yun Shu contextualize each species in history and mythology, alongside their medicinal and culinary uses. Easy-to-follow for the beginner, with rich, informative texts, awe-inspiring 3D digital art, and tips on how to immerse yourself in the world of fungi, this is a manifesto for the future. This beautifully illustrated book is an invitation into a deeper awareness of our relationship with the natural world, each other, and ourselves.

Michael Lim cofounded an online eyewear brand at the age of twenty-one, which is now one of Australia’s largest eyewear chains. However, early transformational experiences with psychedelics inspired his fascination with the fungi kingdom and prompted a career change. He now dedicates his time to researching fungi, psychedelics, ecology, and anthropology.

Yun Shu is dedicated to the study of consciousness and uses language and culture as tools for connection and healing. Born in Shanghai, she was exposed to the benefits of traditional Chinese medicine and fungi from a young age. After a successful career in corporate strategy in the banking sector in both Sydney and London, she turned to spiritual inquiries through Vinyasa yoga teacher training.