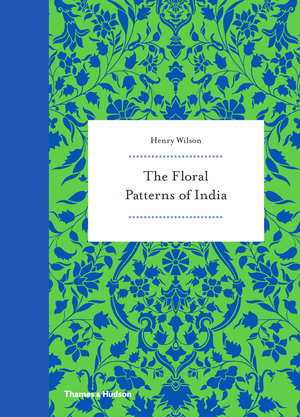 Author of Pattern and Ornament in the Arts of India Henry Wilson has deepened his initial study of the decorative arts in India, creating a companion volume that focuses on a single theme: the floral motifs in India’s architecture. From the illustrious Mughal Empire during its greatest period of monument building and artistic creativity to the time of British rule, which brought with it a period of peace that allowed great wealth to be concentrated on the arts, the richness of India’s architecture is overwhelming.

Henry Wilson’s photographs reveal the skill, patience, and imagination of the thousands of craftsmen who have turned to floral motifs and rendered them with precision and creativity. Juxtaposed with the photographs are Wilson’s own graphic transpositions of the designs—detailed drawings created by hand but with a stencil-like clarity that helps us understand the original historical patterns. The result is an invaluable sourcebook that will appeal not only to those interested in one of the world’s oldest civilizations and greatest cultures but also to anyone seeking inspiration for their own graphic creations.

Beautifully photographed by [Henry] Wilson himself, the publication is likely to provide plenty of decor inspiration.

Henry Wilson is well known as a photographer of architecture and interiors, with a special interest in India. His books include India Contemporary and Pattern and Ornament in the Arts of India, and he is a frequent contributor to The World of Interiors, Architectural Digest, and other design magazines. He lives in London.