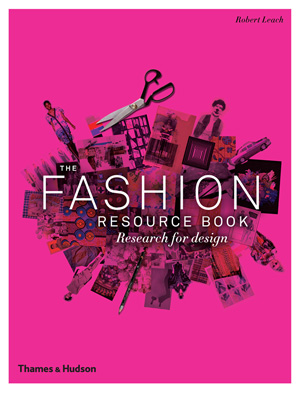 An essential fashion reference for students and professionals alike, organized in a series of detailed case studies

Fashion design is a process of investigating, understanding context, and constantly questioning what you are doing and why. This comprehensive survey presents the work of a wide range of modern and contemporary designers and reveals the innumerable areas of inspiration and research on which they’ve drawn, from historical examples such as Christian Dior’s “New Look” to traditional textiles from around the world, as seen in John Galliano’s Peruvian-inspired collection of 2005. The first part of the book investigates the research process in the work of designers such as Paul Smith, Comme des Garçons, and Anna Sui. The second section covers subjects like vintage and retro, the use of archives, and the influence of art movements such as op art and surrealism. The third part presents case studies of world-famous designers: Jean Paul Gaultier, Christian Dior, Alexander McQueen, and Coco Chanel, to name but a few.

Investigates the connection between research and design inspiration through discussion of concepts …that provide a springboard for personal creative expression.

Robert Leach teaches at the University of Westminster and at Central Saint Martins in London. He has worked as a designer and in journalism for i-D magazine and others.

Shelley Fox is Donna Karan Professor of Fashion at Parsons in New York.