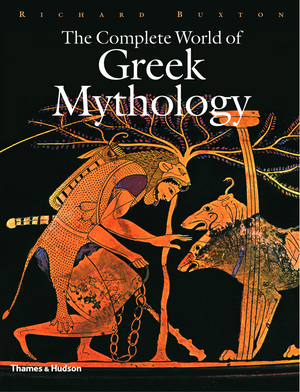 A full, authoritative, and wholly engaging account of these endlessly fascinating tales and of the ancient society in which they were created.

Greek myths are among the most complex and influential stories ever told. From the first millennium BC until today, the myths have been repeated in an inexhaustible series of variations and reinterpretations. They can be found in the latest movies and television shows and in software for interactive computer games. This book combines a retelling of Greek myths with a comprehensive account of the world in which they developed—their themes, their relevance to Greek religion and society, and their relationship to the landscape.

Complemented by lavish illustrations, genealogical tables, box features, and specially commissioned drawings, this will be an essential book for anyone interested in these classic tales and in the world of the ancient Greeks.

Richard Buxton has been researching and writing about Greek myths for over forty years. He is an emeritus professor of classics at the University of Bristol; author of numerous books, including The Complete World of Greek Mythology and Myths and Tragedies in their Ancient Greek Contexts; and coauthor of Cyclops: The Myth and Its Cultural History.