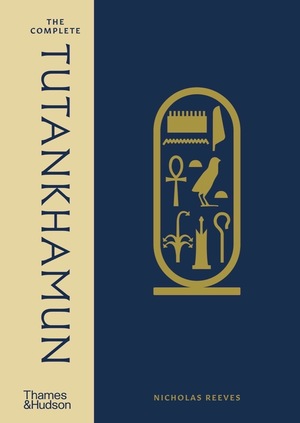 On November 4, 1922, Lord Carnarvon and Howard Carter’s long search in Egypt’s Valley of the Kings drew to a triumphant close: Tutankhamun’s tomb had been found. As news of the discovery spread, and as images of the breathtaking treasures began to circulate, this once obscure pharaoh would capture the imagination of the entire world.

One hundred years later, both the fascination and the drama continue. Scientific research has moved on, and the results have been impressive:the tomb’s ground-plan and setting are now fully remapped; CT-scanning and aDNA (ancient DNA) have begun to shed their unique light on Tutankhamun in life and in death; super-accurate recordings have been secured of the Burial Chamber’s decorated walls; and we possess at last high-quality photography of Pharaoh’s possessions. Access to Carnarvon and Carter’s extraordinary find is greater today than it has ever been, and from this fuller evidence comes one new realization among many—that both the tomb and its treasures had been intended for someone else.

In the new, revised and expanded edition of his landmark book The Complete Tutankhamun Egyptologist Nicholas Reeves revisits Tutankhamun in the context of his time, the excavators in the context of theirs, and every aspect—old and new—of the tomb’s discovery, archaeology, architecture and art. If what was found in 1922 would amaze, then what has been revealed since will simply astonish.

Nicholas Reeves is an Egyptologist specializing in the history and material culture of the Amarna period and its immediate aftermath. He has held curatorial positions at the British Museum in London and the Metropolitan Museum of Art in New York, and worked extensively as an archaeologist both in and around the tomb of Tutankhamun. He is the author of several books, including Akhenaten: Egypt’s False Prophet and The Complete Valley of the Kings, both published by Thames & Hudson.