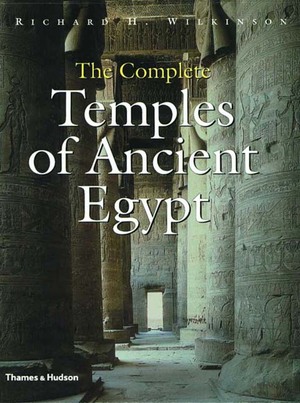 The temples of ancient Egypt include the largest and perhaps most splendid religious monuments the world has ever known. This book traces their development from earliest times through their period of glory and ultimate decline to their rediscovery and study in modern times. All of Egypt's surviving temples--from the gargantuan temple of Amun at Karnak to minuscule shrines such as the oasis Oracle of Siwa, where Alexander went to hear himself proclaimed god--are discussed and illustrated with factfiles, photographs, plans, and specially commissioned perspective views. * "Houses of Eternity" considers the historical origin and development of Egyptian temples, describing their role in ancient Egyptian society, their later Christian and Muslim use, and their modern rediscovery. * "Buildings Fit for Gods" looks at how the temples were built, decorated, expanded--and sometimes destroyed. * "Worlds Within Worlds" examines each part of the sacred structures in detail--from the massive pylon towers, colossal statues, and obelisks that fronted many temples to the darkened sanctuaries and mysterious crypts of their inner depths. * "Between Heaven and Earth" discusses the temple's relationship to the pantheon of Egypt's gods, along with the roles and rituals of pharaohs and priests, and the sacred rites and festivals enacted there. * "Temples of Gods and Kings" is the most extensive catalogue of Egyptian temples yet published in one volume and serves as a guide to the ancient sites. The book's format follows the highly successful, visual style of the other volumes in Thames & Hudson's best-selling "Complete" series, creating both an authoritative reference book and an entertaining guide for everyone fascinated by the eternal mysteries of ancient Egypt.

Richard H. Wilkinson is Regents’ Professor of Egyptian Archaeology Emeritus and Founding Director of the Egyptian Expedition at the University of Arizona.