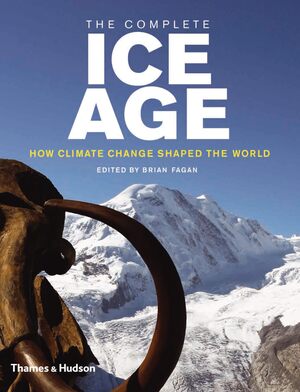 A detailed look at this critical period in Earth's history, from two million years ago to c. 10,000 BC, beautifully illustrated with photographs, diagrams, and reconstruction scenes.

Written by three distinguished experts and overseen by a leading historian of climate change, Brian Fagan, The Complete Ice Age reveals how climate fluctuated wildly between severe glacial periods and warmer intervals, how long-extinct creatures once roamed the harsh landscapes, and how archaic and then modern humans adapted as they spread from tropical Africa and colonized the world.

This book covers a critical period in Earth’s—and humanity’s—history, from two million years ago to the present day. We travel with Neanderthal and more recent Ice Age hunters and encounter saber-toothed tigers and the giant woolly mammoth. We learn how new scientific enquiries, from DNA evidence to the study of human bones, are revealing the adaptability and evolution of the human species.

And what of the future? We tend to forget that we are currently enjoying a warmer interglacial respite that began just 12,000 years ago. If past climatic change is any guide, the Ice Age should return within, geologically, a relatively short time. But will it, or will human profligacy cause catastrophic global warming?

Brian Fagan is Emeritus Professor at the University of California, Santa Barbara. His many books include The First North Americans, Discovery!, and The Complete Ice Age.