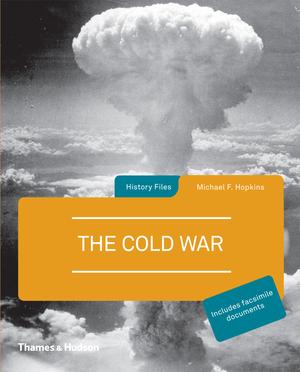 The story of the rise and fall of almost fifty years of global confrontation.

A geopolitical contest between the United States and its allies and the Soviet Union, China, and their associates, the Cold War was also an ideological struggle between liberal market economics and communism. The book charts the rise and fall of almost fifty years of global confrontation, highlighting the impact of the conflict on those who lived through it, and on the culture of the times. Photographs, cartoons, film stills, and propaganda posters contribute to a better understanding of the Cold War era. A special package of facsimile documents includes letters, public information leaflets, and formerly top-secret memos.

An expert on the Cold War era…presents an in-depth analysis of the origins, development, and legacy of the period from 1945 to 1991 and its impact on the entire world.

Michael F. Hopkins is a lecturer in the School of History at the University of Liverpool. His books include The Cold War 1945-1991.