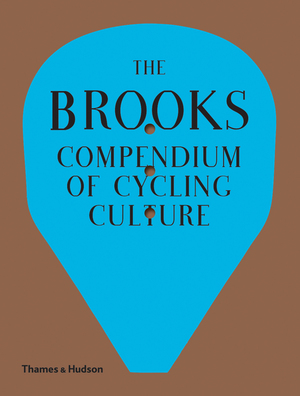 The fascinating story of the iconic cycling brand Brooks England, as told by writers, photographers, artists, and other creative who share a singular passion for cycling

Brooks England has been a household name in the UK and a cycling icon worldwide for 150 years. Known for the highest quality of craftsmanship and material use, the company is known among bike enthusiasts across the globe for its leather seats, which have their own cult following. With the contributions of a variety of writers, artists, journalists, designers, photographers, and illustrators, The Brooks Compendium of Cycling Culture depicts Brooks’s idiosyncratic view of the wide-ranging impact of the bicycle and its place in the world, as well as what motivates the brand to maintain its impressive level of function, quality, and style. Contributions include those from such noted names in art, photography, and literature, including Guy Andrews, Ron Arad, Bella Bathurst, Matt Brammeier, Will Butler-Adams, Antony Cairns, Taz Darling, Geoff Dyer, Timothy Everest, Joe W. Hall, Caren Hartley, Frank Herholdt, Guy Kesteven, Joe MacLaren, George Marshall, David Millar, Simon Mottram, Martin Parr, Laura Quick, Amy Sherlock, Sir Paul Smith, Tom Southam, Mark Sutton, Bernard Thompson, Jack Thurston, Richard Wentworth, and Ben Wilson. The result is a collection of fascinating views on the bicycle and its cultural influence from leading creatives who represent a broad cultural spectrum and are as passionate about their work as they are about their cycling.

Brooks England have been making goods for cyclists since 1866.

Guy Andrews is the founder and former editor of Rouleur magazine. He is the author of several books, including The Custom Road Bike and Mechanic, and Magnum Cycling.